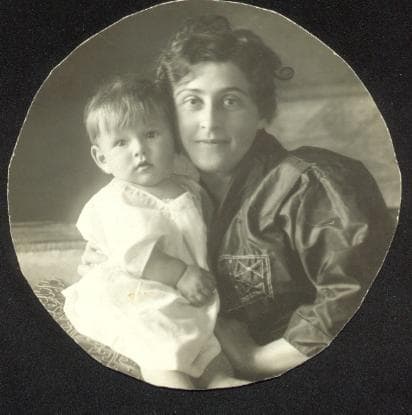 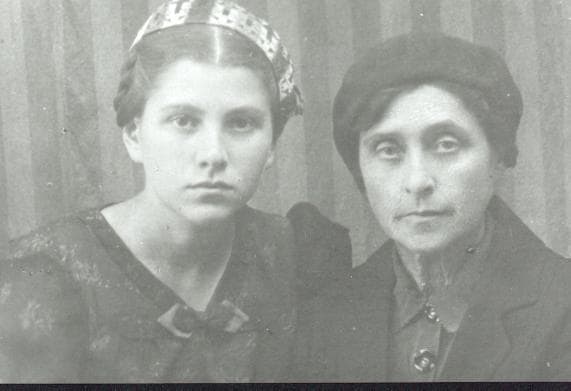 Maya and Yevgeniya Yakovlevna, 1945, in Kzyl-Orda, where Maya was evacuated during the war and where her mother joined her after 5 years in Gulag. This picture was taken a few days before Maya went to Moscow and resumed university studies. 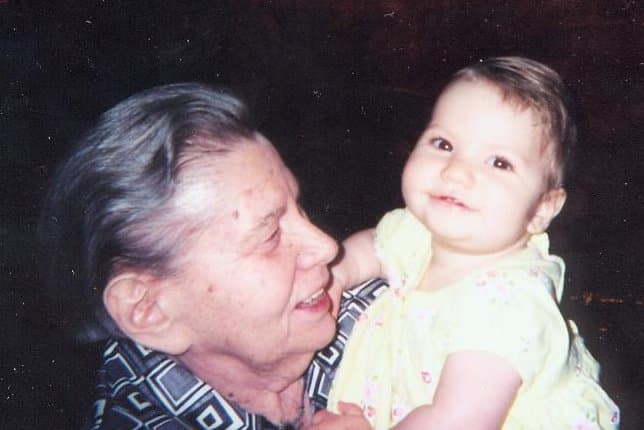 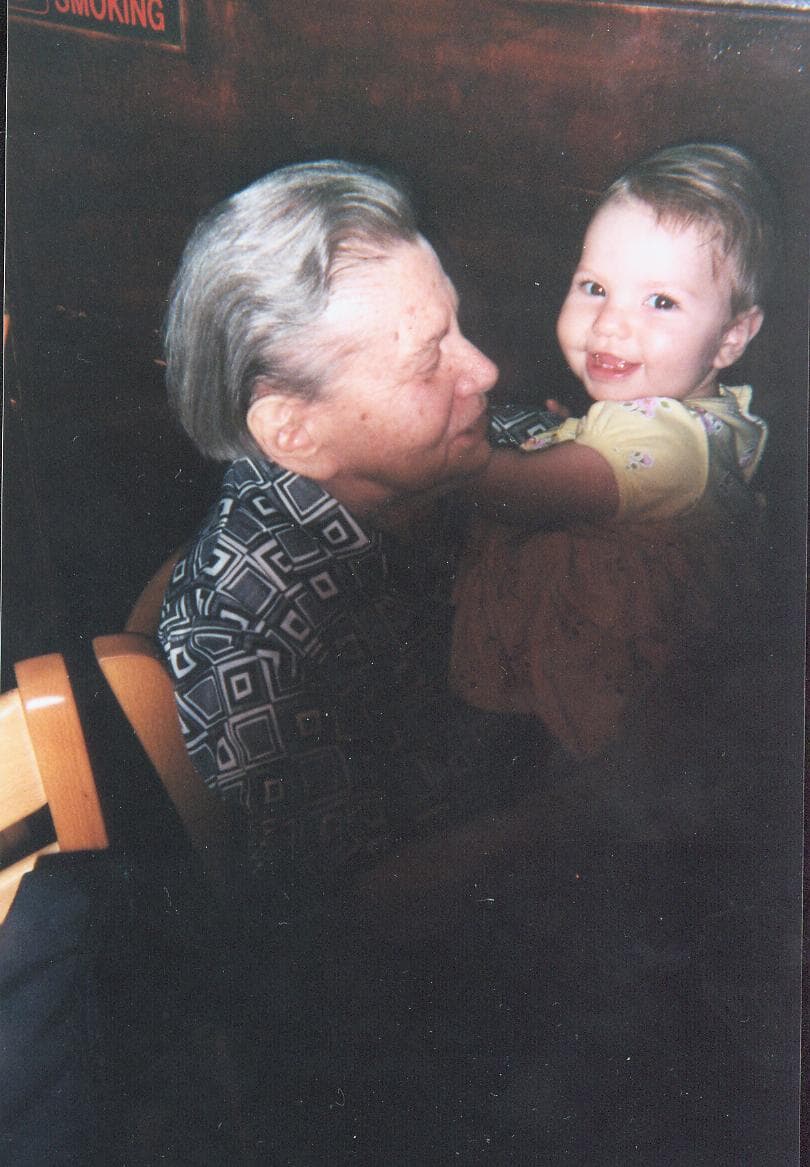 Maya with granddaughter in New York , 2001