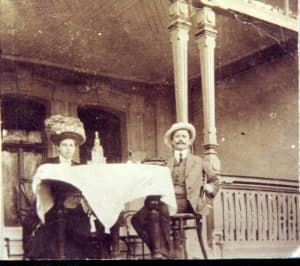 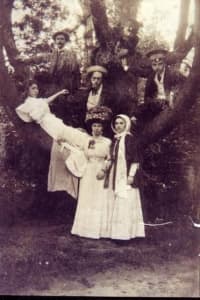 The Kossman-Brenson family, when times were still good. 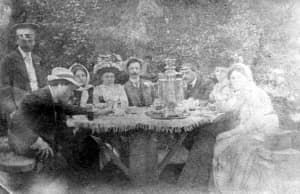 The family lived in Moscow, at Chistye Prudy 11, in a ten-room apartment in a five-story building; later they moved to an apartment on First Meschanskaya. Since Stephan Kossman was a merchant of the First Guild, it was no longer safe for his family to live in the city after the Bolshevik takeover. The Brenson-Kossman family left Moscow for Riga–where Ruth’s father lived–in the beginning of 1918. 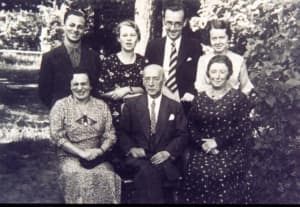 Of the seven people pictured here, four were killed during WWII: Ruth Brenson, Volya’s sister, and both of Volya’s parents.