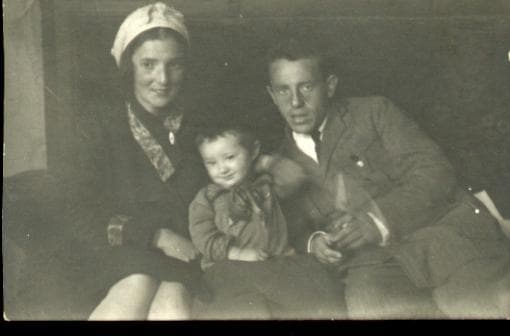 Misha (Michael) Shternberg with his wife and one of their children.

Misha Shternberg was shell-shocked at the front in the beginning of the war–from then on he had awful headaches and therefore was freed of subsequent service in the army. He was sent to Omsk, where he was in charge of a grain warehouse. He was asked to sign a document about having received a fictitious shipment of grain; when he refused to sign, he was told that he would be sent back to the front. At the front he was asked to “test” a field that was mined by the Nazis. He was killed by a mine.

Misha’s wife, their daughter and their two sons, were killed by the Nazis in Nikopol.