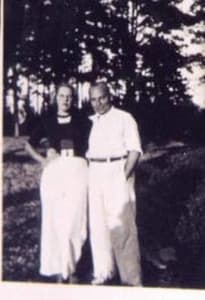 Robby Brenson graduated from law school and worked in Riga for a law firm. He was married several times. One wife was Swedish and their son, Enar, age 17, was working as a cleaning man in the offices of Tsinia, the Latvian Marxist newspaper, while Leonid Kossman was a drama critic there. Another wife was German and the child of this marriage, Erik, was 23 and serving in the Latvian army at that time. Robby and Enar and Erik were all murdered during the first summer of the Nazi takeover.